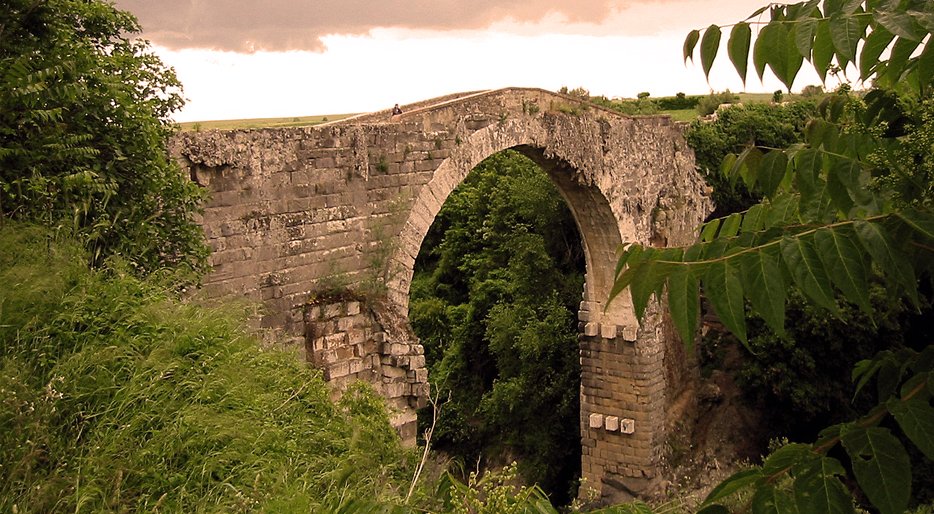 Archaeological and natural park of Vulci rises in the center of Maremma in the Lazio region between the municipalities of Montalto di Castro and Canino. It covers an area of 900 hectares sorrounded by barren lands with beautiful canyons of volcaninc origin and where river Fiore ends in Pellicone lake through  a waterfall. Ruins of the Etruscan city of Vulci are preserved by these natural treasures.

The city was popular over the ancient world thanks to trading and craftwork. Local craft of Vulci is at its height especially in the VI century BC due to a rich production of sculptures, bronze statues and precious ceramics exported all over the Mediterranean basin.

But Vulci went early against Rome and was beaten in the 280 BC loosing a large number of territories. It was the beginning of its decay and the city disappeared.

The archaeological park of Vulci

The visitor can choose many of itineraries spread through excavations and natural beauties.  Ruins of houses , thermal baths, defensive walls and  Porta Urbana testify that this city-state existed for real.

Next to Porta Ovest one can stare at the Roman acqueduct which is also the entrance to the archaeological park. Inside this area there are Roman forum, Great Temple and Arco Onorario, a triumphal arch by the Roman senator Publius Sulpicius Mundus who lived between the I and II centuries AD.

It's worth mentioning as well Sacellum of Heracles, thermal baths and the Domus with typical mosaic floors and underground environments of high histocal interest. There's also a large number of  Etruscan necropoleis. The most interesting is the western necropolis due to Tomb of Francois, known around the world thanks to its paintings, tomb of Inscriptions and the amazing mound of Cuccumella.

A few miles from the ticket office there's the National  Archaeological Museum where there are on-display many relics found here during excavantion works.

Museum is hosted  by the  charming  Medieval castle of Badia dating from the XIII century. The access to the castle is still an ancient bridge of Etruscan origin  so called "Del Diavolo" (Evil) or "Dell'Arcobaleno" (Rainbow's) and it's more than 30 metres high.

Early closures on the 24th and the 25th of December

Free entry under 6 years old and people with disabilities. Visit the web site for the complete list of categories allowed to reductions.

How to get to Vulci

The nearest rail station is Montalto di Castro. It's recommended to call the  domestic taxi service  because the archaeological site is about km 13 far from the station.

From South: motorway Roma- Civitavecchia then take  trunk road SS 1 Aurelia as far as the exit of Vulci  (Km 111). From the exit follow the road SPdel Fiore and then the SP della Badia (total distance Km 13).