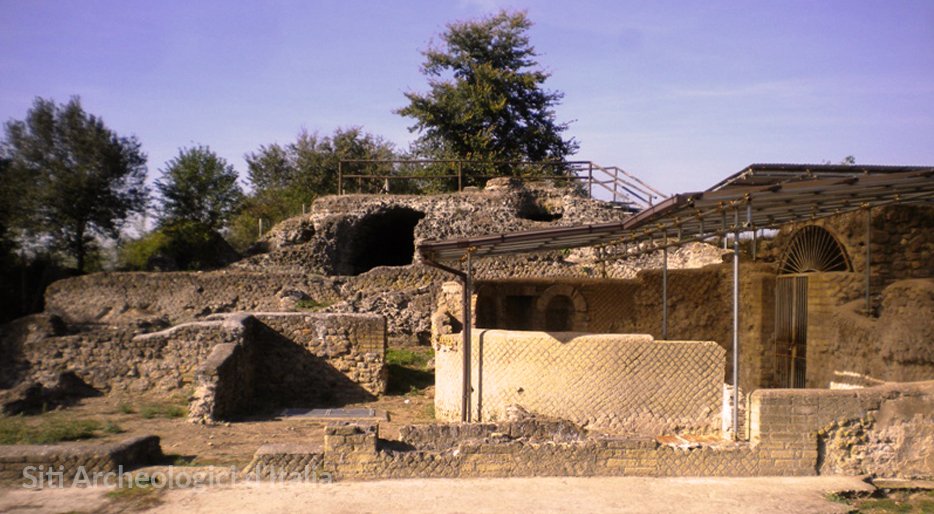 Defined as a "splendid city" by the historian Tito Livio,Veio Veio was an ancient city of Etruria rising on a triangular highland touched by the river “Fosso della Mola” and river Crevera which is a tributary of River Tiber. Among the most important political and cultural centers of ancient Italy, its ruins are located near the medieval village of Isola Farnese.

Founded around the ninth century BC since the eighth century it has been in competition with Rome. Thanks to the economic development by controlling the lower Tiber area and due to the exploitation of the salt marches of the right shore, Veio turns from a bunch of huts into a real urban center with stone walls, ramparts , ditch and masonry houses.

They had many battles against Rome because of the proximity to the city to have the total control of the land unless Furius Camillus conquered Veio in the 396 BC for good. The decay of the town starts slowly from this very moment until it was abandoned by everybody. The area had a revival in the Middle Ages right after the town of Isola Farnese was born.

Inside the archaeological area, a place of great naturalistic value, signs of human settlements were found here. They consist of some huts dating from the Bronze Age and back to Villanovian time.

The most important sanctuary is Portonaccio’s. Devoted to the Goddess Minerva, at first it was wrongly thought to be devoted to God Apollo because on top of the roof was found a statue made of terracotta which was a popular representation of the God at the time.

Another main sanctuary is Campetti’s which is devoted to Veii, the Goddess of the underworld from which the city takes its name and maybe matching to Goddess Demeter. At last there’s the beautiful Ponte Sodo, a tunnel of around 70 metres made in order to facilitate the outflow everytime River Cremera flooded. Dating is uncertain, maybe between Etruscan time and Roman Veio.

Around the city walls of the ancient city of Veio there are several necropolis with tumulus tombs and a chamber containing interesting funerary objects.

Among the main ones we remember the necropolis of Monte Michele, located in a valley outside the Capena gate, where the Tomba Campana was found in 1843, named after the discoverer. On the basis of the paintings and the kits it is datable around the VII century BC.

Among the most important tombs discovered, you can visit the Tomba delle Anatre, dated around 670 BC. and painted with a theory of polychrome ducks and the tomb of the Roaring Lions, found at the northern end of the necropolis of Grotta Gamiccia considered the oldest Etruscan tomb (dating back to 690 BC), with depictions of monsters of feline appearance surmounted by birds .

Ticket office closes half-hour before visiting hour is over. How to get to Veio

Archaeological park is accessible from different sides, both from via Cassia and Flaminia.

Get Sacrofano from via Flaminia taking the junction at Km 19,5 to Sacrofanese-Cassia right after “Arco di Malborghetto”. Follow to Riano at Km 25,5 then Castelnuovo di Porto at Km 28,8 and then Morlupo at Km 30,6. At Km 32 there’s the guesthouse of the Park, at the entrance of via Campagnanese. Keep driving on county road “Campagnanese” for 6 Km. At the crossroad take the the right to Magliano Romano. Past the town drive forward to Campagnano. Sacrofano and Formello are to the left.

Tale bus line Cotral from Saxa Rubra to Formello, Campagnano, Mazzano Romano. Take Roma-Cesano line, FL3, from Roma Valle Aurelia or Roma Ostiense to Isola Farnese (get off at La Storta-Formello then 1,5 Km on foot - otherwise get off at Giustiniana then take bus n° 201 of Atac line).