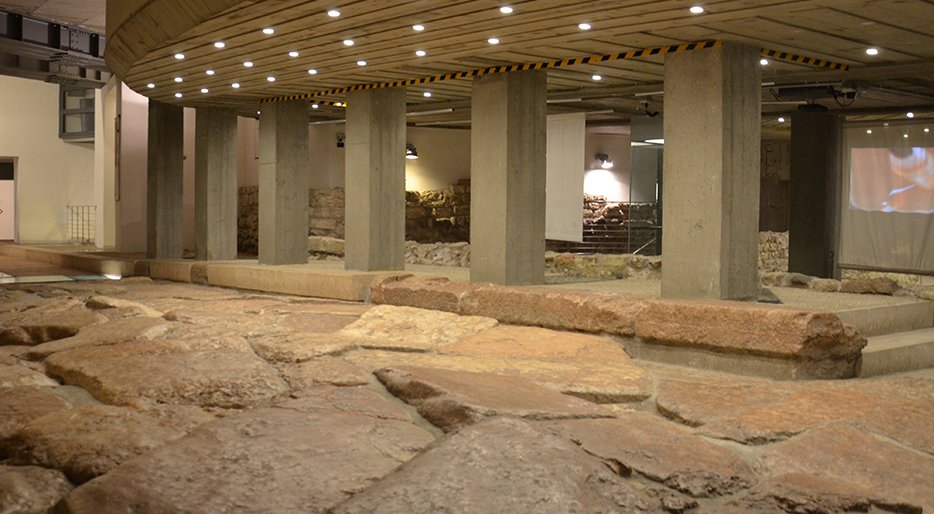 In the nineties, during renovation work of the Social Theatre of Trento, a perfectly preserved Roman district was found into the ground. It's one of the major locations of Tridentum, the modern Trento.

The archaeological area of S.A.S.S.

If you are in Trento at Piazza Cesare Battisti, you are transported back several centuries, as through a time warp, being plunged into a Roman environment of I century AD. The archaeological space of the Sas covers an underground area of 1700 squared meters between Piazza Cesare Battisti and the Theatre. It starts with a long section of the eastern town walls and then, you find the ruins of a tower; a paved street made of local red stone; lots of sewage pipelines; houses with mosaic floors; courtyards; a glazier's workshop; a well, perfectly preserved, and even an underfloor heating system, at last.

Informative screens and other installations have been fitted along the way to put visitors in a Roman authentic ambience as much as possible, as well as in a real time travel.

Close on Mondays (except for public holidays) and 1 January, 1 November, 25 December

FOUNDATION: I century BC

How to get to SAS

The underground archaeological space of the Sas is 700 m far from the railway station of Trento.

From Milan: take the motorway A4 and continue until you get the exit at Trento Sud.

From Venice: take the A4 and continue until you get the exit at Trento Sud.