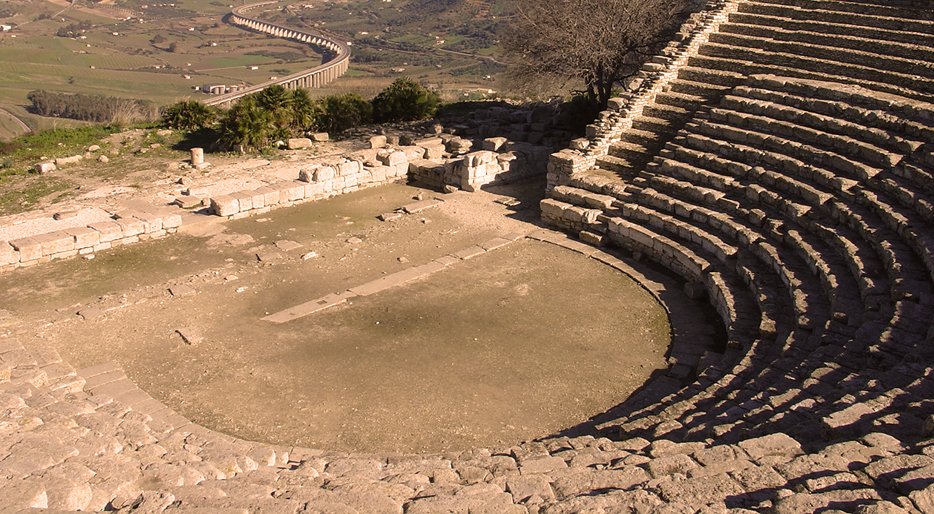 Segesta was one of the main cities of Elymian people. They had pretty mainland culture and customs and they originally came from the city of Troy according to tradition.

Due to a Hellenise process the city became one of the major urban centres in all of the Mediterranean basin. This fact provided to Segesta the support of Athens and Carthage against the old enemy Selinunte. During the first Punic war it fell under Rome's control and taxes were exempted thanks to the  same origin from Troy. Romans also gifted with a large territory the city which is about to enter a new era of prosperity.

From II to I century BC Segesta was designed imitating the pattern of the main cities around Anatolia and that's what gave it a huge scenic effect. Lately a village dating from Muslime time was discovered and then a Norman-Swabian settlement overlooked by a castle on top of Monte Barbaro.

Destroyed by the Vandals in the fifth century, it is no longer rebuilt according to the dimensions of the previous period.

Segesta Archaeological Park: what to see

The two main monuments in the archaeological area of Segesta are the Doric temple and the theatre. Itinerary starts from the temple going down the valley's door following the related fortifications. Then you can look at the suggestive upper deck of agorà and the church dating from 15th century, medieval fortified area, the castle, the mosque and the amazing theater which is partly perfectly preserved. The view ends over the remains of rupestrian settlement, the upper stone walls and the sanctuary of "contrada Mango".

Doric temple and sanctuary are both placed outside the stone walls next to the ancient routes running into the city. A hellenic necropolis was found outside the walls as well.

Theatre is on the top of Monte Barbaro. You can get  there by walk if you are a trekking lover or you can take the private bus line  buying the ticket (€ 1,50) at the bar next to the tickets office of the archaeological park. 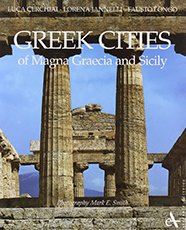 Regional service connects the major cities to the archaeological park. We suggest the following lines: Trapani-Calatafimi and Palermo-Segesta. You can also check the complete timetables on TARANTOLA BUS web site.

Take motorway A29 from Palermo to Trapani, exit at the junction Segesta and then keep driving to Calatafimi-Segesta following street signs past archaeological park of Segesta. Keep going for another 2 Km and turn right at the junction. The city is about 5 Km from here.