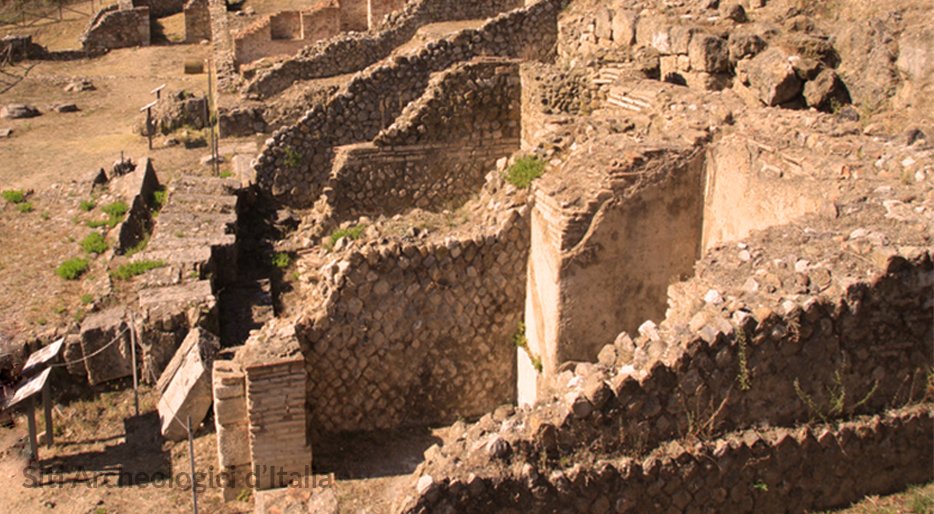 Roselle was an ancient town of Etruria that rose on a highland from where it's possible to control over the plain of Grosseto. In olden times the plain was occupied by lake Prile. The shores of the lake were connected to the sea and used by Etruscans as berths.

The town was founded in the VII century BC but after only one century it already showed up with an important urban center elliptical in shape and organized on two hills divided by a valley. On the northern hill were the urban district with private houses while on the southern  were workshops. Public buildings were in the central valley.

The town was conquered by Romans in the year 294 BC and in the Augustan age had a further shine. Then suffered the same faith of the Empire and was abandoned for good in the VI century AD.

The archaeological park of Roselle

The massive city walls soon captures the attention of the visitor. They were built by Etruscans between the VII and VI centuries BC. The perimeter is over 3 Km and on a few spots is 5 mt high. Other interesting Etruscan buildings are the house with two rooms and the house of the Impluvium, one of the most ancient example of a short building with the Impluvium, an underground pool fed by the water collected from the roof.

On the southern hill are still visible the remains of Etruscan craft workers district  with some houses and few ovens for baking ceramic. Outside walls can be found the necropolis with chamber tombs and those ones so-called "a pozzetto" and "a fossa".

It was brought back into the world also a significant number of findings dating from Roman Rusellae time like Forum, Amphitheatre, Thermal baths and the beautiful Domus of Mosaics and Flamines Augustales temple.

Close on 1 January, 1 May and 25 December except for special events.

Price per person: Full € 4,00 - Reduced € 2,00 (for EU citizens between 18 and 25 and teachers with open-ended contract, after certain supporting documents have been provided).

Anyone on the first Sunday of every month.

Grosseto is the nearest station with runs of  national railways lines. It’s 12 Km from the site so it’s better to rent a car or call the Taxi service.

From Grosseto: take via Senese, then get trunk road SS223 and finally take the exit to Roselle. Keep driving through via Batigianese until “Str. dei Ruderi”.