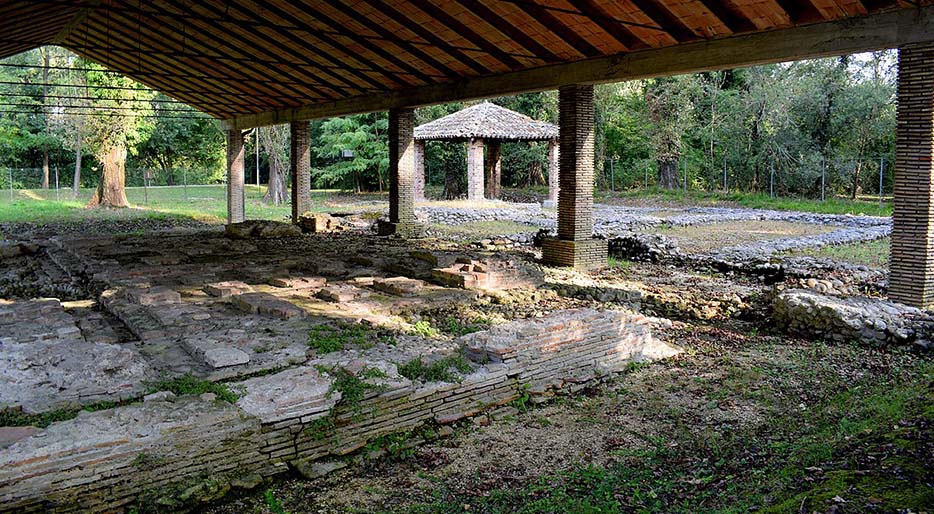 Torre, fraction of Pordenone, is the point in which you can discover the remains of the Roman history, most of all the places in this area. In particular, you can found an ancient villa, surrounded by a park, that is an example of the fine construction in the roman provinces in I century B.C.

The villa is in Cisalpine Gaul, that became part of Rome in II century B.C., and it was built in I century B.C., when it was possible for private roman citizens, to express their personal prestige and richness with construction.

Torre during the roman age had a fluvial port on river Noncello, and there are preserved some building, known as “baths” that probably were construction associated to the port. The villa is the most important testimony of the roman period of Torre that is not well documented. Its construction was made on an instable ground: in this place there are the remains of the previous passage of a river.

Originally there was a spring fed of river Noncello, but then it was deviated, and at the times of the construction, the river probably flowed in a shifted place. The circumstantial environment however kept on being instable, and in II century A.D. there was a flood and the villa was damaged and abandoned.

The archaeological area of Villa of Torre

The villa represents an example of the roman construction in a provincial area that was not particularly frequented. It is a private house, of which decoration proof the level of richness of the owner: the pavements, that now are in part visible, are decorated with mosaics with opus sectile style, which requires the use of quite large pieces in precious marbles. Then there were also mosaic on the walls and frescos naturalistic, marine and mythological subjects.

It is visible the perimeter of the different rooms of the villa, and in particular some spaces preserve traces of the warming system, with elevated pavement that permitted to the warm air to flow, and other environment are recognizable as storages for the collecting of agricultural products.

The site is open only on request, you can book a guided tour at the Archaeological Museum of Friuli Occidentale

How to get to Torre

By car: from the main cities in Italy, you can get to Pordenone by car. Take motorway A4 until the crossroad with A27 in direction Belluno, until the exit Cornegliano, and then A28 in direction Portogruaro until exit Pordenone.

By train: you can get to Pordenone by train, and the archaeological area is 30 minutes away by foot from the railway station.

Near Torre you can see also... 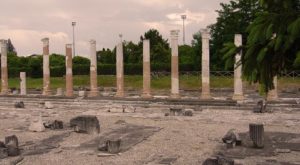