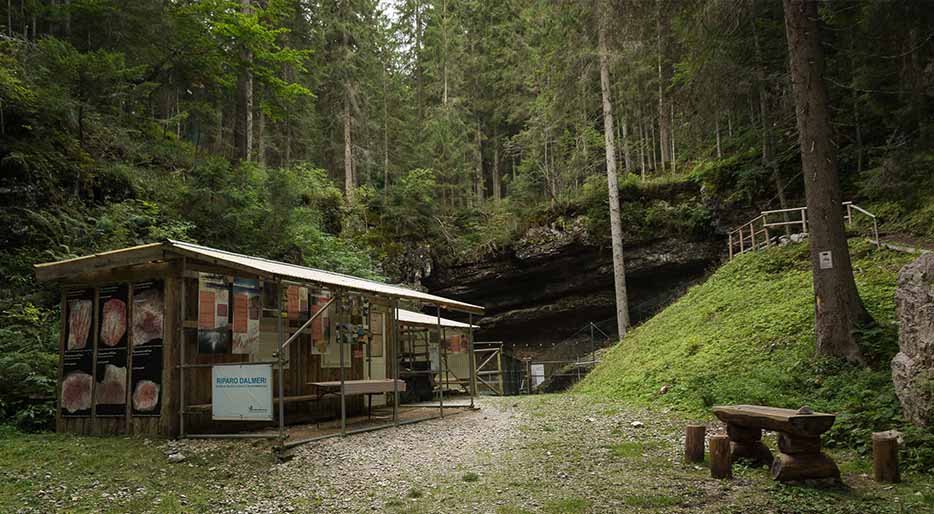 The Riparo Dalmeri is immersed in the wonderful woods of the Asiago and Marcesina plateau. A walk in this magnificent natural setting offers the unique possibility of going back in time to 13,000 years, discovering one of the rare examples of a Paleolithic mountain site.

Riparo Dalmeri was named after its discoverer and starter of the excavations Giampaolo Dalmeri, has been explored and studied since 1990 by Museo Tridentino delle Scienze, and it is an interesting example of a natural shelter used by hunters-gathers in Upper Paleolithic.

The most ancient remains of human presence in this place can be dated to 13.400 years ago. The shelter was used seasonally during summer and winter, in particular by hunters of ibexes that were killed and skinned inside the cave.

We know thanks to stratigraphic studies that there have been succeeding different phases of attending in the shelter, that was sporadically inhabited until 12000 years ago. The importance of riparo Dalmeri as a prehistorical site is represented by the information that this place can give about the artistic production and spirituality.

The site is structured around a natural shelter, excavated into a calcareous cliff that is 30 meters long, 6 meters wide and 4 meters tall. In the inner part of the shelter there were found many evidences that allow the scientist to know how the ancient environmental looked like according to flora and fauna, and also to reconstruct the asset of the human settlement thanks to many details.

There were found remains of bones of the hunted animals, shell of gasteropods, and some human teeth that belonged to children: this fact is a proof that the shelter was inhabited by a community made of families, and not only used by the hunters for the activities related to the hunt, that are proved not only by the bones but also by utensils that allow us to understand what they used to do.

Then you can see in particular the remains of a hut inside the shelter. Part of the wooden structure of the hut is reconstructed, so that you can perceive how it looked like, but its circular perimeter made of stones is originally preserved, and its diameter is around 4 meters. Inside the hut there are the evidences of a fire place, and outside there have been found some pits in which have been buried animal bones and decorated stones.

The discovery of these stones is the most peculiar element in riparo Dalmeri. In total there have been found 267 decorated stones, and this fact have no equivalents in all the prehistorical sites in Europe, and for this reason is particularly studied. As we told, some stones have been found buried near the hut, but the majority of them were disposed on the surface of the shelter with a non-casual scheme that can remind to some religious purpose.

The stones are decorated with handprints or with paintings with anthropomorphic or zoomorphic pictures, in particular of ibexes that where important not only because of the hunt but it is possible that they were considered in a sacred point of view. The technique of decoration of the stones used their natural shape to draw the lines of the pictures that have no outlines.

The stones used to be painted were calcareous as the wall of the shelter, and to paint them it was used red ocher.

You can also interested in Archaeological Sites of Trentino South-Tirol or prehistoric sites rewieved on platform. 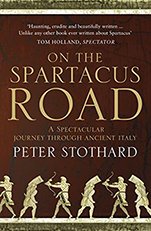 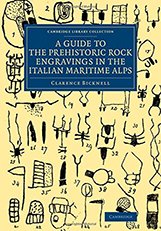 How to get to Riparo Dalmeri

By car: To get to riparo Dalmeri from Trento by car, you have to take SS 47 Valsugana in direction Padova, until the exit Gigno, then proceed in direction Selva and follow the road indications for “Piana della Marcesina/Rifiguio Barricata” and get to a parking where it starts the archaeological itinerary.

To see near Riparo Dalmeri... 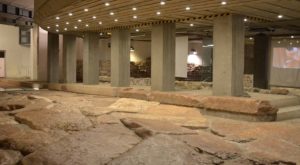 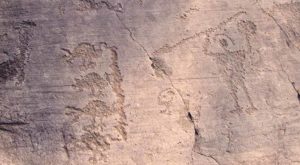