In the Marches region, first signs of human presence were found on mount Conero. They date back to Lower Paleolithic.

Between XIV and X Century BC, two different cultures had been living in Marches region at the same time: Subappennine and Protovillanovan. Actually the largest number of findings is from Iron Age when Picentes settled down around VII Century BC but they aren't well known because inscriptions have never been deciphered.

There's evidence of their civilization all around the region as well as necropolis. In the IV Century Gauls invaded Picentes' territories getting as far as Esino river. After Gauls lost the war against Rome, Picentes had to knuckel under as well.

Romans' presence in Marches region is well documented by many remains of bridges, amphiteatres, temples and by the two consular roads: via Flaminia and via Salaria. 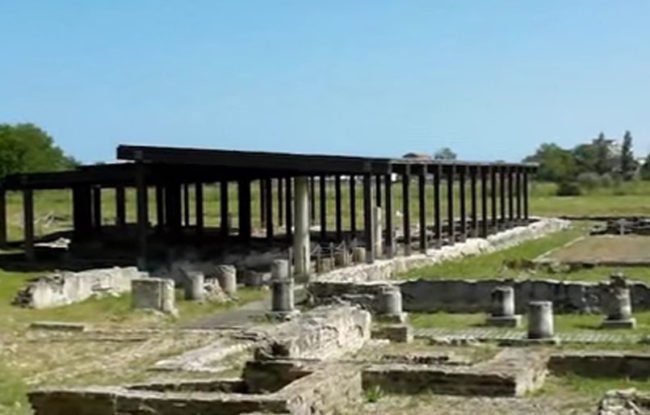 Potentia
Among the things to see near Porto Recanati, do not miss the traces of the ancient colony of Potentia: a dip in the Roman past, among colonnades, frescoes and mosaics.…
Booking.com