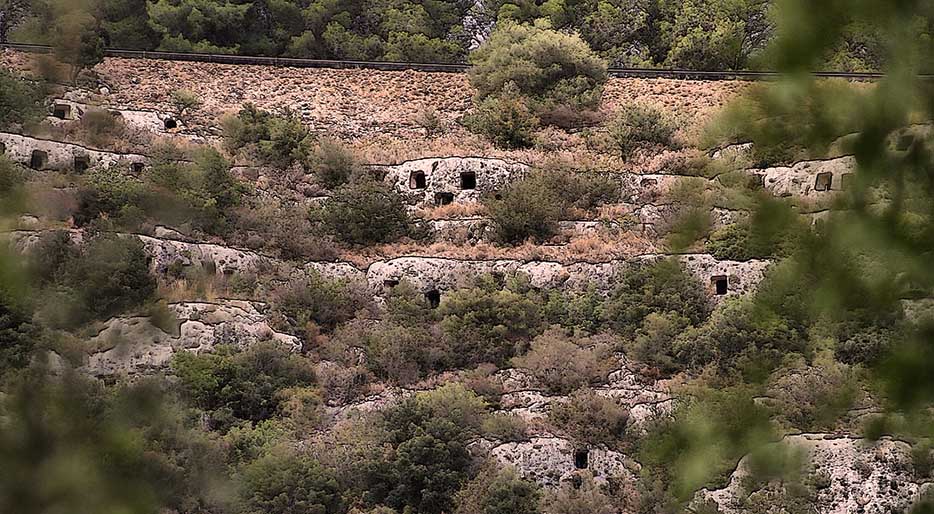 A visit to the Necropolis of Pantalica, totally surrounded by nature, can bring you back to the bronze age. This area is isolated and totally uncontaminated, and it includes evidences of the most ancient and important prehistoric settlement in eastern Sicily.

Thanks to its natural characteristics, the area of Pantalica was called a natural fortress, almost incapable, and this is why it was chosen by Sicles as place of settlement since XIII century B.C.

It is set on a highland, surrounded by canyons excavated by river Anapo and river Calcinara. This area has been inhabited until VIII century, when the Myceneans settled in the island, and the start of recorded history. This is the most important inhabited nucleus in prehistory of eastern Sicily.

The necropolis of Pantalica

It is difficult to found remains of a such ancient settlement, but this is not impossible. As the matter of fact you can see in a splendid natural scenario the remains of Anaktoron, the Palace of the Prince, of which it is possible to recognize part of the perimeter.

This megalithic building, might be part of a construction that can be compared to the Mycenaean style, and was built in XII-XI century. The name given to this construction reminds to the Mycenaean name anax, that means prince, so the archaeologist think that the building was related to the local authority. But many things are uncertain, first of all the connections between local populations and Myceneans in this time, and if there is an influence of the Greeks in this construction style and how strong this influence could have been. However, this is still a mystery because there are too little elements to investigate around.

In this area there are also 5000 tombs, and this is why it is known most of all as a necropolis. In Pantalica can be individuated 5 burial areas that belongs to different ages. Many proves have been founded in the excavation and the remains are preserved in the archaeological museum of Syracuse, named after the discoverer of Pantalica, the archaeologist Paolo Orsi. There are objects of common use, in particular ceramics, that are used to distinguish the different ages in which these were produced. Also after the ceramics, can be individuated particularity in the sepulchral style that are connected to the life of the community. These elements are used to recognize the culture of Pantalica, that can be found in many other parts of Sicily.

The most ancient tombs are of XII-XI century B.C. and they are set in the north western area, but the most uses zone is the northern part. The name necropolis of Filiporto is given to the area south west that hosted around a thousand tombs that belong to the latest phase of the settlement XI-VIII century. Another necropolis contemporary to this last one is the one called della Cavetta, that includes also byzantine buildings. In the end there is also the necropolis of san Martino that include both prehistoric tombs with tholos structure and byzantine catacombs (IV-V century A.D.) in particular the hypogeum of Dionysus, named after the man who is buried inside, that is engraved on the inner wall. Then there is also Grotta di s. Anna in which there are some frescos that portray some saints.

Look also the other archaeological sites of Sicily reviewed on web site.

It is possible to enter the site anytime, because it is set in a natural area.

How to get to Pantalica

By car: you can get to necropolis of Pantalica by car, from Siracusa, if you take SS124 until the crossroad with SP45, and then go on SR11 until your destination

To see near Pantalica... 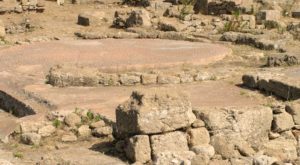