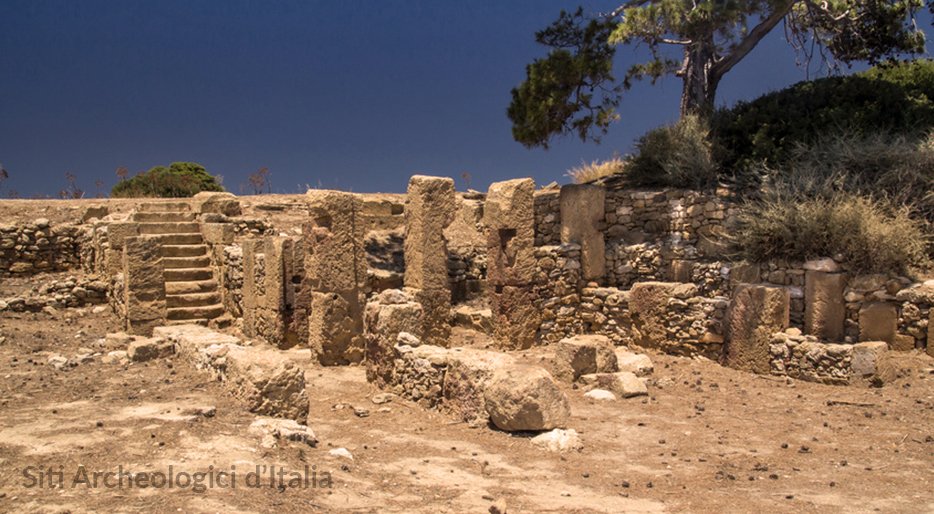 Motya is an ancient Phoenician colony founded in the VIII century BC on one of the four islands in the lagoon of Stagnone, San Pantaleo island.It was an important trading center as well as most of the other Phoenician colonies and an important place too for docking in the Mediterranean basin.

When Greeks started colonization of eastern Sicily, Phoenicians retired back to the western side and Motya became soon an important city.

History of the phoenician city of Mothia

In the VI century BC the city has been involved in the battles between Greeks and Cartheginians so that defensive walls were built to improve security. But Syracuse tyrant, Dyonisus I, sieged and then destroyed the city in the 307 BC and all citizens were moved to the mainland in the colony of Lilibeo, modern Marsala. After the battle of Egadi islands in the 241 BC, Sicily fell under Roman dominion (except for Syracuse) but probably, at that time, the city was almost completely abandoned.

Who discovered Motya was Giuseppe Whithaker, an English nobleman who moved to Sicily years before with his family. His house is still on the island, now switched into a museum.

You’ll get the island of San Pantaleo on small ships owned by local fishermen or by the ferryboat. Once you get on the shore you will be surrounded by the good scent and the beautiful colors of Mediterranean forest, especially in Springtime. Itinerary takes one hour and a half by taking a walk on a path that runs all around the isle.

Visitors will be able to see Phoenicians ruins just by walking through. We suggest to go counterclockwise. Following the fortifications you’ll be able to see the remains of some ancient guarding towers. Of the eastern tower are still standing the rectangular base and the entry stone steps. Past the northern gate which is also the better preserved you meet a building with three naves, a religious structure maybe. Going back to the shore you meet the archaic necropolis with stone tombs and urns. Thene there’s the Tophet marking the sacred area with an open air sanctuary inside, then the Cothon, a small man-made basin rectangular in shape connected to the sea and opened by a canal of uncertain use.

Once you get to the southern gate you’ll finally stare at Casermetta of which some vertical elements are still standing, then Mosaics House with the two beautiful black and white mosaics and finally Amphoras House back to the museum, so called because of the large number of amphoras that were found here.

A beautiful statue was found in Motya in the 1979. It’s a marble sculpture dating from the V century BC which is locally known as “il Giovane di Mozia”. It was found buried underground maybe by Mothians themselves. It represents a male figure covered by a cloth, maybe a Greek charioteer. Experts think that it was brought here by Carthaginians after the raid to Selinon.

According to other experts, it’s just a young man driving a chariot, maybe a God or a Punic judge.

It’s now on display in the Whithaker Museum in Mozia.

The whole island is an open air museum so there’s no timetables and a free entry.

TIMETABLES AND TICKETING OF THE MUSEUM

Archaeological area is a free entry.

How to get to Motya

Marsala is the nearest rail station. Then you have to take a ferry boat at 3 Km from the station.

First you get Trapani-Birgi and then follow the street signs to Saline di Marsala dello Stagnone. Then left the car inside the parking area of Salina and take a ferry boat