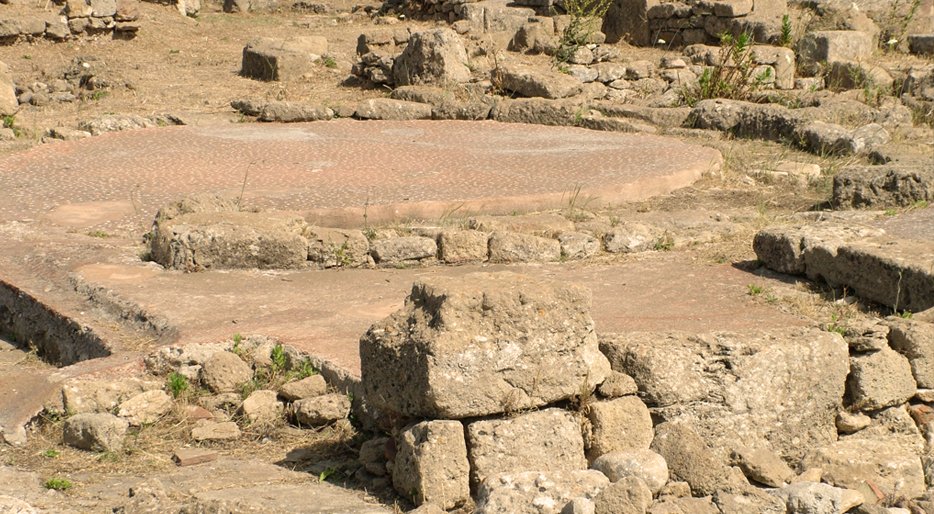 Megara Hyblaea, or Megara Iblea, is an ancient Greek colony near Augusta, that used to be by the sea. Today is pherhaps one of the least well-known archaeological park in the whole municipality of Syracuse.

According to Thucydides, the colony was founded in BC 728 by settlers from Megara Nisaea. It rised in a stunning location by the sea, now sunken by the industrial hub, sadly.

Actually, the city was short-lived. At first it was destroyed in the V century by tyrant Gelon of Syracuse and then wiped out for good by the Roman consul Marcello with his army, in BC 214. On the bright side, the short-term of Megara Hyblaea let archaeologists bring back to light the ancient city just like it was in the early centuries.

The archaeological area of Megara Iblea

There aren't monuments within the park, but lots of evidence of daily life such as small houses, workshops, alleys. The access is through a foothpath across the fileds, which leads to Agorà through a tiny scale going right in the streets of the ancient Greek town. Archaeologists put a large staircase in the center of the agorà to highlight the two different phases of the city: the Archaic, until BC 284, and the Hellenistic periods. Lots of remains of wells and altars are within the agorà as well.

The entrance to the Hellenistic sanctuary is in front of the northern portico, pherhaps the biggest sacred building of the town and past it, a small temple. Finally, the remains of thermal baths and the  Heroon, a sacred building devoted to an hero indeed. Archaeologists found also a place that was aimed to the worship of "Ecista", the city founder. He was called Lamis, according to some ancient sources.

Past the Agorà, we find the remains of town walls, fortifications, western gate and other facilities like a metal workshop, a Roman villa, the prianteus and one gymnasium. Then, ruins of the southern gate, a pincer door facing Syracuse and finally, stretched along the border of the archaeological area, a necropolis with sarcophagus-shaped tombs.

Make reservations by e-mail at info@hermes-sicily.com, to book the guided tour.

How to get to Megara Iblea

The nearest station is in the small town of Augusta. The archaeological site is 13 Km away. We suggest to rent a car or call a taxi.

Motorway Catania-Siracusa and then SP114 up to the archaeological site.