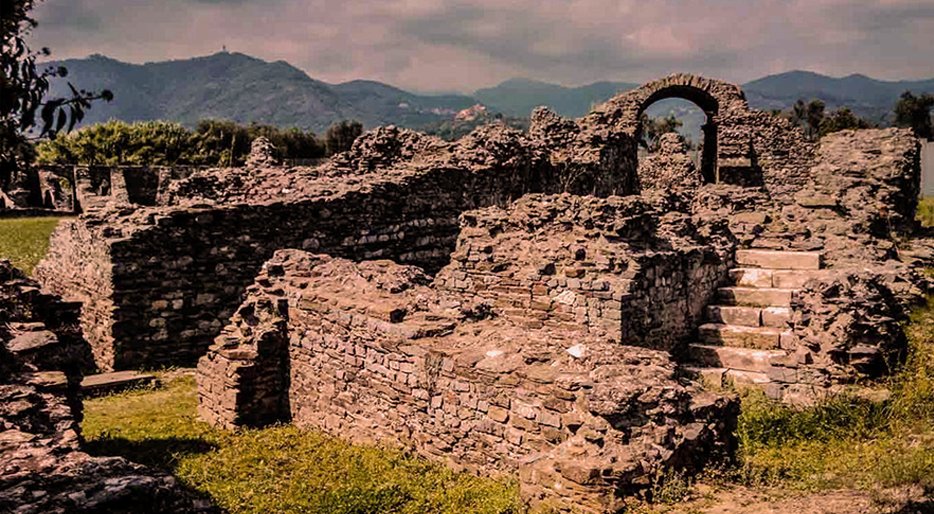 Luna is an ancient Roman city founded at the mouth of the river Magra, in a strategic position for businesses due to its proximity to the port (today underground). It owes its name to the cult of the goddess Selena-Luna and today it is located in the territory of the municipality of Luni, in the gulf of La Spezia.

The Roman colony of Luna was founded in 177 a.C. at the mouth of the river Magra, in the territory that had been of Ligurian Apuans popultaion and on their previous settlement.

The location was pretty strategic for trade market due to the proximity to the harbour which is now buried. So the colony became a prosperous city and was also enriched with statues, temples and fancy buildings because of the presence in the close Apuan Alps region of marble beds belonging to the families of the Senate of Rome.

A strong earthquake destroyed the city to the end of the IV century AD and then it was rebuilt on the ruins of the ancient settlement. The area was frequented until the ninth century when the population, tired of the Saracen incursions, finally abandoned the area.

The archeological area of Luna

The area was already excavated in the Renaissance and today the archaeological park that can be visited includes several public areas of the Roman city such as the forum, the Capitoline area and the maximum decumanus, the Civil Basilica, the curia and the maximum hinge, the Great Temple and some stately homes (House of Mosaics, Domus Settentrionale, House of Frescoes).

Visiting the archaeological area, allow us to look at the remains of the House of Mosaics, called that because of the rich flooring, and, past the domus, at ruins of the temple devoted to goddess Luna, one of the oldest sacred buildings of the town. Following the itinerary we are led to the central public area which develops all around Forum. Then the visit goes on through the district of private housing, where can be found the House of Frescoes, a very interesting discovery due to painted interior walls.

Itinerary ends at the splendid amphitheater which dates from the Imperial Rome period and it's just outside the city walls. Built in the 2nd century it could hold 7,000 spectators.

Most of the artifacts recovered are displayed in National Archaeological Museum right by the site. Under the porch of the museum it's hosted a temple dedicated to the Capitoline triad.

How to get to Luna

La Spezia is the nearest National railway station. Here you can take a local train to get the city of Sarzana and finally get the archaeological site by bus (ATC company).

Bus network of ATC links the main cities across the region of Liguria with the archaeological site. Visit ATC  website to look at timetables and routes.

Following Strada Statale SS432: at Marinella (Sarzana - SP), follow the dedicated signs until you get the archaeological area.

We suggest to set up the following GPS address: Via Appia 9, Ortonovo (SP)

There's a large free self-park near the archaeological site.