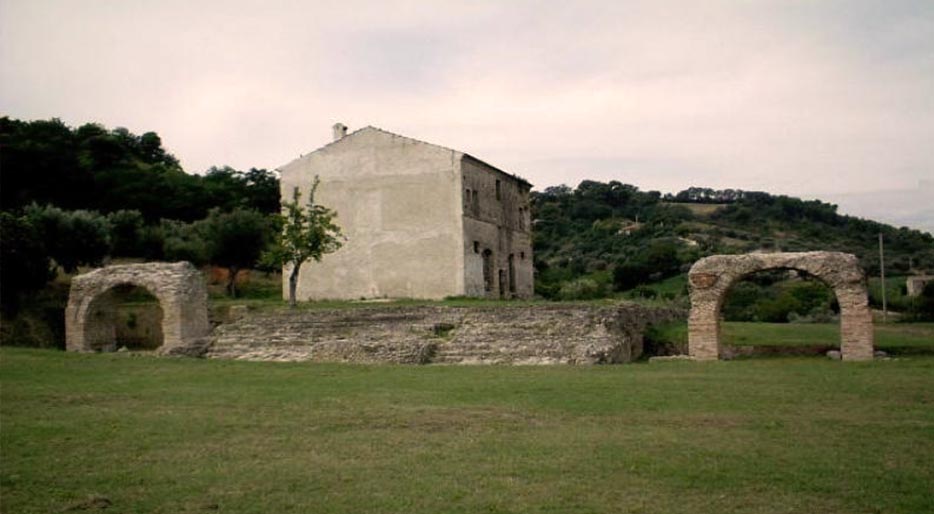 Cupra Marittima has a magnificent and propserous past, as an important center of commerce during the Roman age. The precious frescos are a proof of the strong bond between this city the sea, and the myth, and the architectural remains are interesting because they represent the vitality of Cupra Marittima.

Cupra Marittima was founded in an area that was frequented since prehistoric age, because of its position on the Adriatic coast and became an important port town and a center of commerce.

The city was very rich and known because of the production and exportation of olive oil. There were many contacts with Magna Grecia and Lazio.

Piceni were the indigenous population, and they became part of the Roman hegemony since III century B.C. but the city became a Roman municipium only in I century B.C.

Cupra Marittima remained a prosperous city during the imperial age, until the fall of the Roman Empire, when the destiny of the city became uncertain. There city was ruled by Byzantines, Lombards and Franks, and then was destroyed by Moors in IX century A.D.

The archaeological park of Cupra Marittima is composed by a few of important remains that let us to notice the richness and vitality of this area.

You can see at first that the citadel was surrounded by walls built in the Augustan Age. Inside the walls there were some remains of sacred buildings: the most ancient was the temple of a goddess worshipped by Piceni whose name was Cupra that is the same name of the city. This goddess is similar to Juno in the Roman pantheon, and the temple was also used during Roman age.

There was a temple that was similar to Capitolium in Rome, and this is something typical of many Roman cities, because the Romans were used to build these temples that remind to the main temple in Rome. You can see only the basement and the staircase of this temple. Next to it there are two arches symmetrically positioned. The structure of the arches was made of bricks and it is well preserved. They are four meters tall.

The forum was in a high position, on the hill Civita Santi. There was a portico decorated with frescos, and some parts are preserved, for example a piece with a rhombus in which is portrayed Medusa’s head, that was painted in I century B.C.

In the forum there were many spaces destined to commercial activities of the city and a basilica.

There are also the remains of a space that during the roman republic was used for the production of olive oil, and in the late imperial age became a bath, associated with a Nimpheus decorated with frescos that portrayed marine scenes.

On the costal street that is out of the city wall, there are a necropolis, some funeral monuments, the remains of a villa, and another nimpheus that is not related to any of the other buildings.

The Archaeological Park of Cupra Marittima is open only on request

How to get to Cupra Marittima

By train: You can get to Cupra Marittima train station, then take a local bus “extraurbano 01” and get off at  “Cupra Marittima- bivio Santi Morrison” that is three minutes away from the Archaeological Park.

Near Cupra Marittima you can see also... 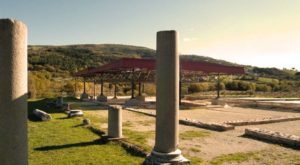 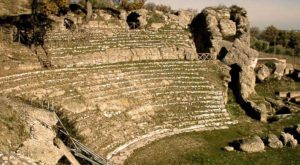