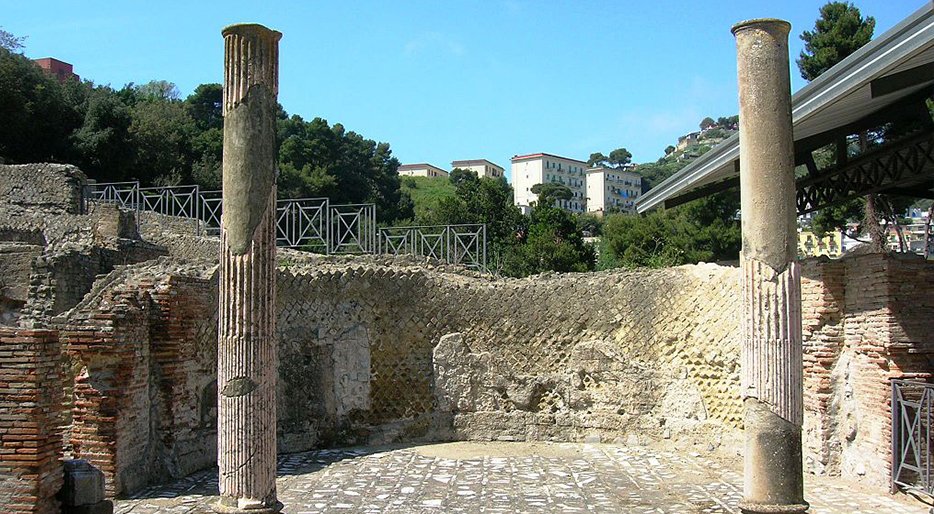 The archaeological park of Baia stands out not only for the important remains of Roman civilization, but also for the beauty of the environment and landscape. You can see the Baths in a unique landscape, and with a view of the Golfo di Bacoli, where you can found a sort of “Roman Atlantis” that is a part of the ancient city of Baia, which was submerged by the sea.

The site is part of the “Parco archeologico dei Campi Flegrei”, that is located between Pozzuoli, Cuma and Capo Miseno. This area was appreciated for the beautiful landscape even in the ancient times.

In particular the ancient city of Baia (Baiae in Latin), was famous for its thermal water and was a place where ancient Romans loved to go on holiday, since II Century B.C., when we can set the date of the most ancient archaeological remains.

Then, in Baia where built many villae, where many important people and Emperors could practice otium, to escape the frenetic life in Rome.

The city, according to Strabo, was named after Baio, who was the helmsman on Ulisses’ship and was buried in that place. Many ancient writers, for example Ovidius and Cicero describe this city or write about facts happened there.

The popularity of Baia lasted until V Century A.D., when because of bradyseism, the area started to collapse progressively, and in VII Century A.D. part of the city was entirely submerged.

The archaeological site includes different buildings and it is possible to found some relevant nucleus.

The most ancient part (II century B.C.) is “Villa dell’Ambulatio”, that has named after a covered colonnade (“ambulation” in Latin) that is part of the building. The space is organized in six terraces, and the highest one, which stands over the colonnade, was dedicated to private rooms, and had also a peristillium and a main room with an open view of the landscape. In the villa, the floors were decorated with marble or black and white mosaic.

In the central area of the excavations, there is the Sosandra nucleus, named after a sculpture, of Aphrodite Sondara, that is located in the main room of this building. This statue is a Roman copy of an original Greek (V Century B.C.) that portrayed Aspasia (Pericles’s partner).

This building was decorated with mosaic too, and was organized in four levels, and in the last two levels there was a theatre.

“Mercury” sector is called this way because in this area there is a building that at first was identified with a temple dedicated to Mercury, but in reality it was a frigidarium, a pool with cold water.

The “temple of Mercury” is square in the external part, but inside has a circular space, the diameter measure 21 meters, and this is the most ancient example of a big cupola. We can set the date in I Century B.C., and during the Severan Age, the building was expanded and sumptuously decorated. In one of the rooms in this sector was found the head of Apollos Omphalos, the Roman copy in marble of a Greek statue in bronze.

The last sector “Venus”, it is named after a “Venus temple” that was a thermal building, alike Mercury’s one. The external part has an octagonal structure, and inside is circular and ceiling is a vault.

This sector is characterized for its complex stucco decoration on its vaults and includes three building units, that belongs to different ages (late republic, Adrian age and Severan age), and they are located on three different levels and are composed by thermal rooms.

The decorations and the artifact from this archaeological site are exposed in Museo dei Campi Flegrei, in Baia. There are also objects from the sites of Linternum, Miseno, Pozzuoli e Cuma.

The Museum is located in the Aragonese Castle, build in XV Century D.C., which includes in its area remains of Julius Cesar’s villa.

Free entrance for children under 18;

On the first Sunday of every month the entrance is free 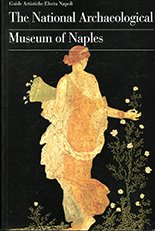 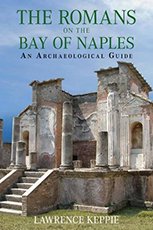 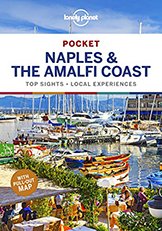 How to get to the site

From Naples, take railway line Cumana to Torregaveta, and get off in Fusaro. Then you can walk for 950 metres (14 minutes).