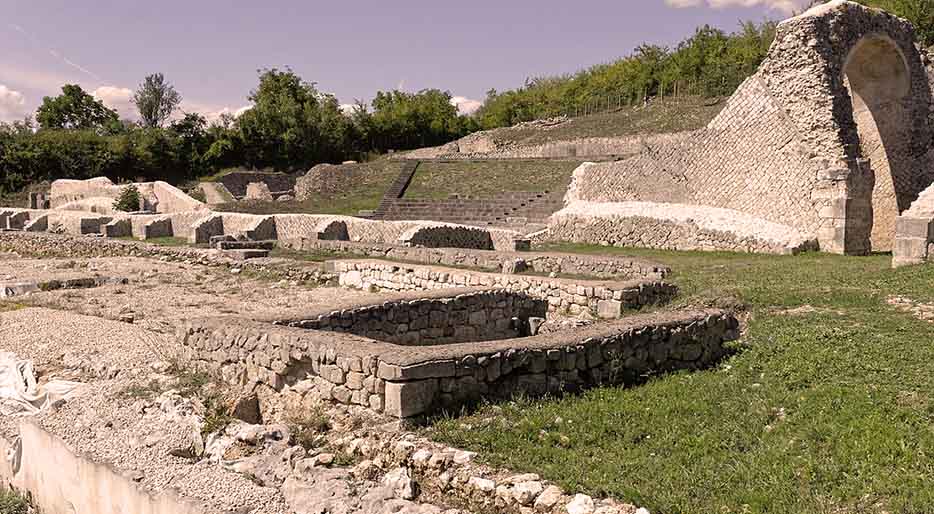 A few kilometers away from L’Aquila, in the open and uncontaminated countryside, you can see a part of the ancient romans’ world: the site of Amiternum with its great theater and an amphitheater. This place is very well preserved and can be seen in an evocative scenario, because it is surrounded by nature and anything there belongs to modernity, so it is easy to go back in time with imagination.

Amiternum was founded in X century B.C. by the Sabines, and was one of their most important cities, until roman conquest in III century B.C., when the importance of the city grew.

The settlement was in the middle of some important roman streets via Salaria, via Cecilia and Via Claudia Nova. For this reason, the city became the most important center in this area and some relevant architectural structures were built. When the Roman Empire fell, also the city lost its importance, there was a decline in population, but we know that Amiternum existed until IX century A.D.

The Archaeological area of Amiternum has some roman remains, especially public buildings were the ancient romans spent their free time. You can see a theater and an amphitheater, both built in the Augustan age, that are very big and well preserved.

The theater (I century B.C.) could host 2000 spectators in the cavea which is set on San Vittorino hill, and it is divided in two levels, separated by a corridor. You can see the orchestra level and the scene, and also the decoration in opus reticulatum style are well preserved. In the latest year of the empire, the theater was no longer used for spectacles, and this area hosted a necropolis.

The amphitheater was a structure bigger than the theatre that could host 6000 people. It was built in the I century A.D. and a significant part of the remains is visible: it is a circular structure and the perimeter is made of 48 arcades, but only the first floor is preserved. This amphitheater reminds Colosseum in Rome, and this area was also renamed “colosseum”.

The perimeter of the bath is visible, and also the remains of two aqueducts from II sec A.D. and a villa build in the late imperial age, that was decorated with mosaics and frescos.

You can see some of the decoration and architectonical elements (for example the friezes and the columns from the theater) at Museo Nazionale d’Abruzzo, but you can also found many parts of the ancient roman structures into some mediaeval building, for example in the church of san Michele Arcangelo, that is close to the site, in San Vittorino. In this church you can also visit the paleo Christian catacombs of san Vittorino. 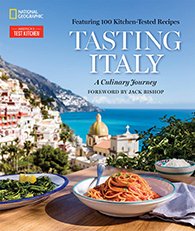 How to get to Amiternum

You can get to L’Aquila railway station and then take a taxi to S. Vittorino.